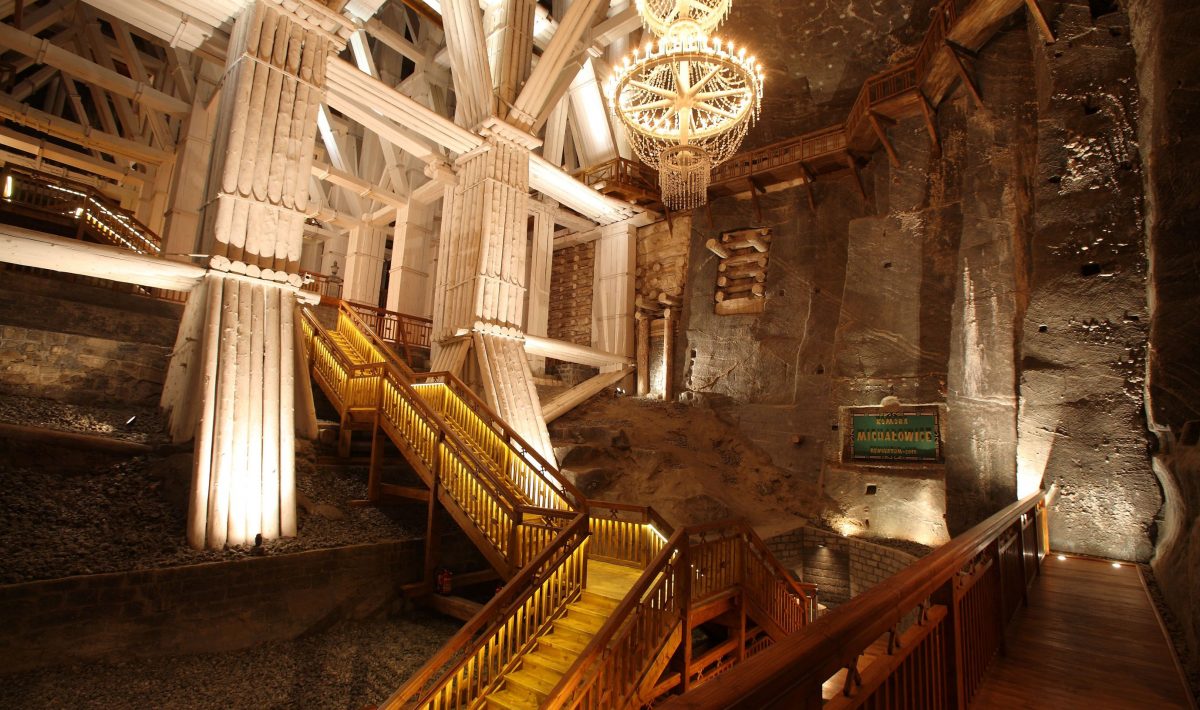 Located about 10 km from Krakow, the Wieliczka Salt Mine is a monument of world renown and at the same time one of the symbols of Poland. His exceptional rank was sealed in 1978 by an entry on the first UNESCO World Heritage List.

The best salt mine in Krakow

It is said that this place belongs to the most interesting tourist facilities in our country. This is evidenced by the rather long queues of people who are waiting for the descent down from early morning. Everyone would like to see with their own eyes the spectacular effect of almost 800 years of exploitation of salt deposits. An interesting fact is that each year the mine will be visited by about 2 million tourists.

Mining of salt at this place began in the Middle Ages and lasted until 1996. At the dawn of time, salt was obtained from brewing brine, a solution with a high salt content, from sources that hit the surface. This method of salt production was known to mankind over 3,000 years before Christ. Over time, the brine sources ran out, so mine people in the ground. This method found the first rock salt deposit.

The underground of the Salt Mine Krakow is a place that offers plenty of attractions. Almost everyone will find something for themselves. Adventurous explorers, families with children, pilgrims, school trips. During your stay in Wieliczka, you can go several routes, for example both the Mining Route and the Tourist Route together with the Krakow Saltworks Museum. This is a very good solution for many tourists.